Volume Three presents a complete review of the Laws of Learning by which all animal behaviour is governed, and by which all human behaviour can be developed to be consistent with the Will of God. It is this knowledge which if unknown leaves us to blow aimlessly with the winds of negative influence, or if known allows us to fully utilize our free will and progress forever onward toward all that is good and right.

Professor Muhammad al’Mahdi’s long search for truth included almost fourteen years as a full time university student in the United States and resulted in his going through three and a half PhD programs in child, clinical, experimental, and educational psychology. He had originally intended, and began, his studies to be in the physical sciences. This allowed him, due to previous training in nuclear electronics, to spend four years as a research assistant in one of the foremost theoretical physics laboratories of that time, where he had the opportunity to meet and discuss the most basic nature of our physical universe with several recipients of the Nobel Prize in Physics.

Since those student days almost thirty years ago he has devoted his life to the study of Islam and the development of a plan to help make right the many wrongs existing in today’s world, so that our children may live God conscious in a world of peace and love.

Professor Muhammad al’Mahdi says, “When I first saw the power of the Laws of Learning I was astounded, and I immediately knew there was no limit to the positive social change the use of this ‘tool’ could bring to the world”. 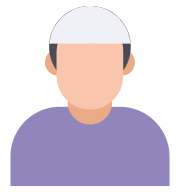